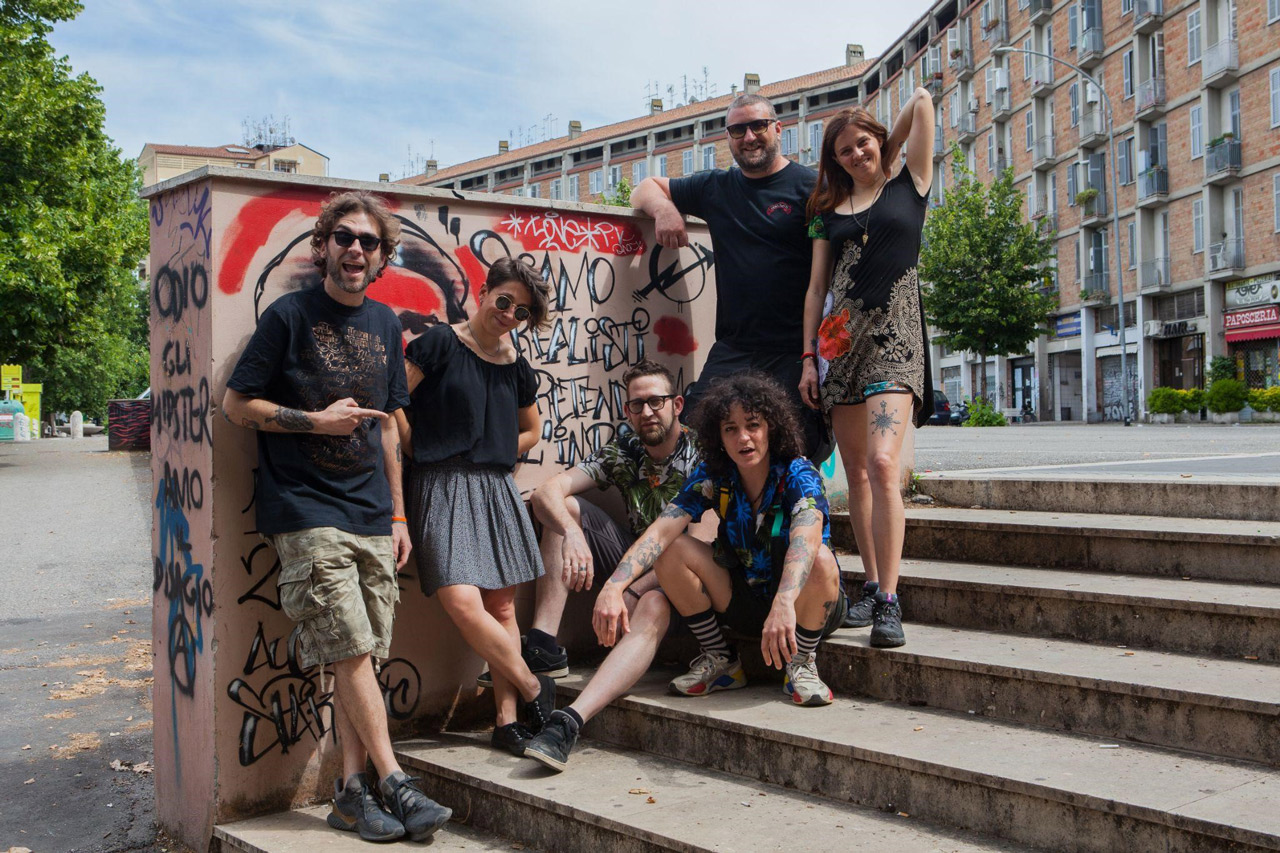 After the release of their last two singles, ‘Casa’ and ‘Accabadora’, the Roman band that best interprets the meaning of fiesta returns to the stage with a sound that is pure dynamite, a sound mysticism based on cumbia, murga, power-folk, wild songwriting and southern European sonido.

LOS3SALTOS
Pioneers of cumbia made in Italy, Los3saltos fuse freshness and courageous metropolitan songwriting. The music of the southern hemisphere is their speciality. Lyrics in Italian mixed with Spanish and a mixture of rhythms create a formula that is completely new on the Italian music scene. South American cumbia and its derivations become a powerful means of declining one’s own westernness. Since the beginning of 2017 Los3saltos has been an integral part of the Istituto Italiano di Cumbia, a project founded and led by Davide Toffolo of the Tre Allegri Ragazzi Morti and produced by the independent label La Tempesta, which has led part of the Roman group to perform on some of the most important stages in Italy, both at major festivals and at prestigious clubs and festivals: Rototom Sunsplash, Mi.A.Mi. Festival, Siren Festival, Home Festival, Albori Festival and many others; Santeria Social Club and Circolo Magnolia in Milan.