LET MY BODY BE! 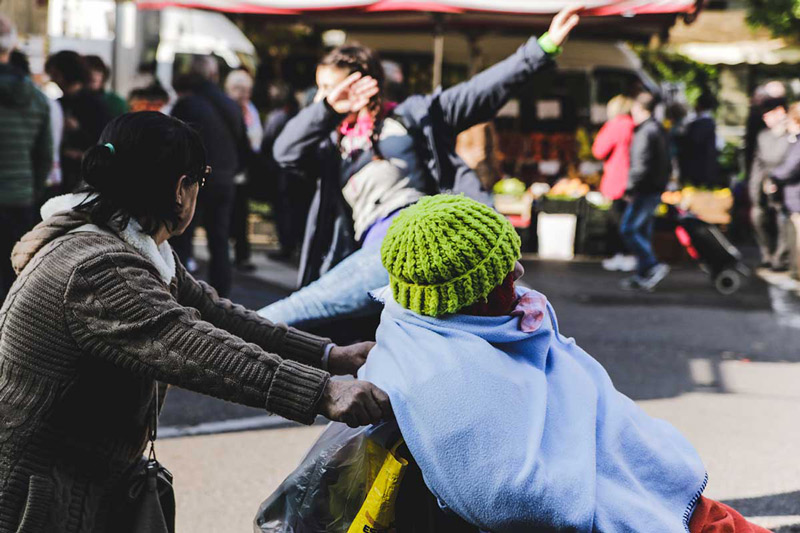 LET MY BODY BE!

Let my body be! is a great choral and participatory performance conceived by Salvo Lombardo on the invitation of Attraversamenti Multipli Festival. This work was born from a need to reposition the bodies – along with their human presence and action – at the center of the world’s stage. Such a corporeality must therefore be accepted as both the expression of one’s right to citizenship and one’s desire to be recognized as social being.
Halfway between the performance and the flash mob, Let my body be! will be conceived as an action of re-appropriation of the urban space, starting from the body’s unison movements and breathing. It will be performed on September 25, 2021, preceded by a public invitation preliminary to collective action.

Details on participation:
Let my body be! is conceived as a moment of collective re-appropriation of urban space starting from bodies and their moving and breathing together. The action will consist of a participatory practice, led by Salvo Lombardo, who will provide the public with a series of very simple indications and inputs through a voice-guide in headphones that will direct the bodies of the people participating in the construction of an action that in a first phase will be focused on an activation of inputs in an autonomous way and that gradually, during the duration of the experience, will lead the group of participants to the construction of a choral and simultaneous trend.

Participation in the action is aimed at a heterogeneous audience and does not require specific skills in the body or performance. Subjectively comfortable clothing is recommended.
The instructions for participating in the choral action will be given in Italian.