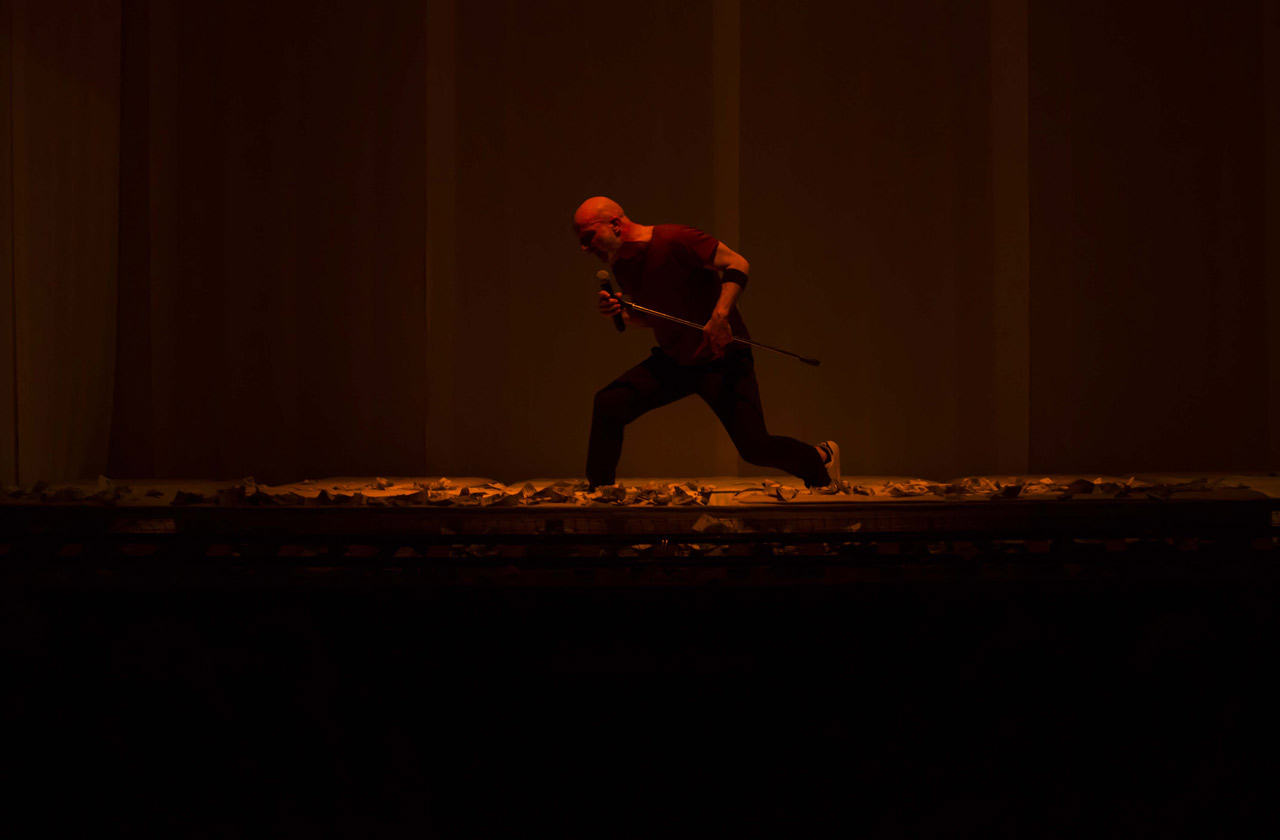 The Testori text-body pulsates with words that are blood. The tongue is wounded by the syntax, becoming language. The text-body is its articulations, incessant, unstoppable, inexorable movement. It might be perceived of as independent. I can’t combat it, organise it, foresee it. I have to allow for its uncontainability, let it leave its own body. Take note of the metrical rift of the syllables, of every phrase, of thought. Words abandon the text, constantly. Not through me but passing through me. I need not to defend myself. And I couldn’t, can’t. I breathe. And it isn’t the actors who act the scene. Breathe. The actors on stage react to the scene. I can’t act the provisional nature of each step, the imbalance. I can’t learn it. I have to allow it to flow. Defeat. Fall. And not disturb.