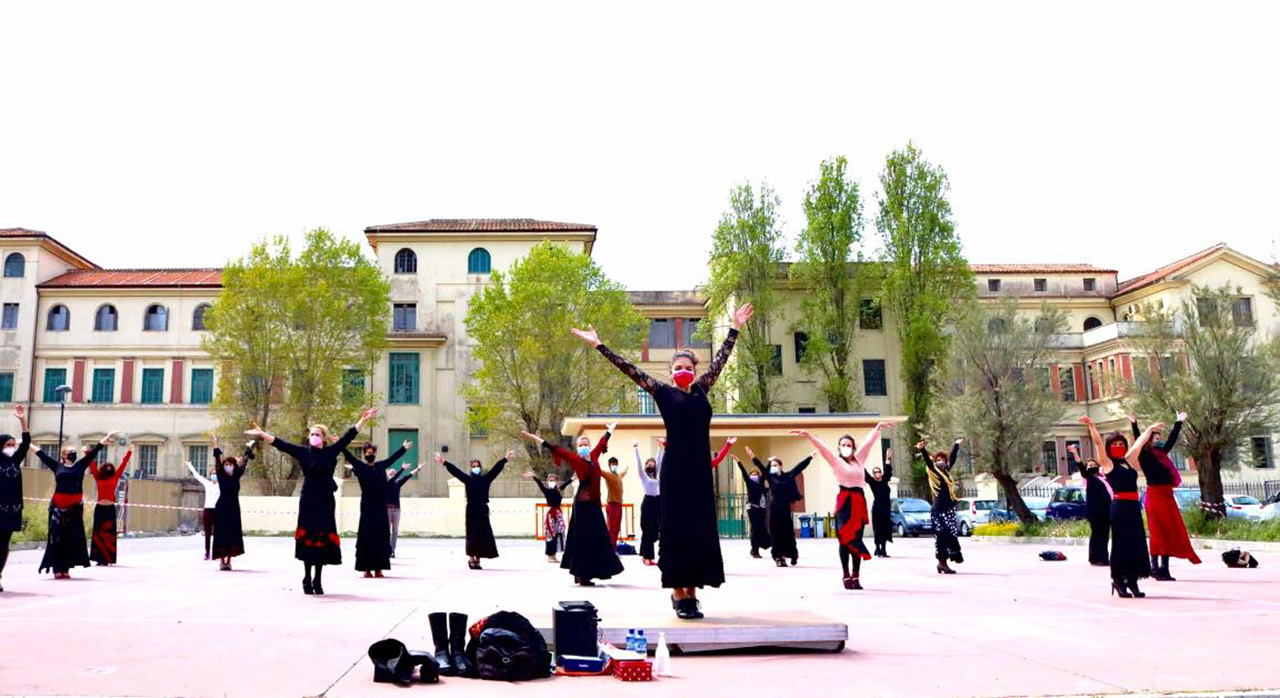 At a time when norms sanction the distancing and restriction of social contacts, when halls, gyms and theatres have been closed, ‘Flamenco for all’ sounds and resounds as an act of civil and cultural resistance in which new experiences can be gained. Flamenco is a dance for everyone: short, tall, young, old, children and adults; it does not require or express a canon of physicality, but is an expression of the self and the dignity of the last. Flamenco is a popular dance, for everyone, with a great vocation to live and grow also outside the theatres. FLAMENCO FOR EVERYONE was created as a meeting place in which to share one’s knowledge and make it a collective experience accessible to all. The lesson offers various benefits: physical, as it improves personal condition and control of movements; cognitive, because it includes the development of concentration and memorisation; affective-social, aimed at motivation and increasing self-esteem; finally, emotional, because it develops sensitivity and creativity.
The lesson will be accompanied by Maestro Alessandro Floridia with his guitar and cajón, together with his students.